During the second half of the 18th century, a large agricultural property was built in the village of Trnová. Ownership changed hands several times over the next few years, until on November 12th, 1759, Trnová was bought by a knight: Kristián Josef Paulin von Gfässer, lord of Bratronice, for 20 golden coins. Kristián Josef Paulin was educated in law and philosophy, and for a while, he practiced law (in praxi Bohemica) in order to make his service to the emperor more valuable. He was the owner of Trnová for 300 years, and several of his children were born there. It was during his ownership that Trnová was first referred to as a chateau in the historical documents. Previous historical sources described it as a manorial estate.

The year 1789 came, and Johann Ferdinand Schönfeld became the new owner of the chateau. In the spirit of that time, Schönfeld was aiming to promote the importance of agriculture. He was convinced that all farmers’ sons should be taught modern agricultural techniques, and therefore, in 1791, he founded an agricultural school near the Trnová estate. The school was dedicated to teaching all young men between the ages of 12 and 18 the craft and trade of farming. He had a large stone building constructed to function as a combination elementary school, flats for teachers, and school of economy. Young lads of Trnová also had the opportunity to practice their studies at Schönfeld’s manorial farmhouse. 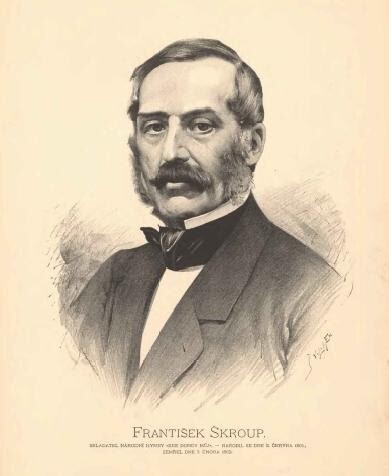 On July 28th, 1838, Václav Škroup bought the Trnová manor. He was a brother of František Škroup, a composer, conductor of the Estates Theater Orchestra and later of the Rotterdam Opera Orchestra, author of the first Czech opera Dráteník.

It is said that František descended through the forest to the ridge of a rock above the Vltava to the places still called Kazatelna. The view of the Vltava valley, the surrounding forests, meadows and fields has previously inspired him to compose music for Fidlovačka.

The final song of the blind violinist later became the Czech anthem. Václav Škroup's family is buried in a tomb attached to the south wall of the nave of the Trnava church.

History of the castle

In 1860, Trnová was bought by Vincenc (also Čeněk) Daněk, born in 1826, a well-known Czech industrialist who six years earlier founded the Daněk a Spol. Engineering factory in Karlín, thus laying the foundations for the later Českomoravská Kolben-Daněk concern.

He was later awarded the title of von Esse for his contribution to building industry. Although the Trnová chateau belonged to him for only four years, it fundamentally affected its appearance. He had a clock tower built and modified and repaired the castle inside and out. However, because he longed for a larger property, he eventually sold Trnová and soon bought the Tloskov chateau.

The following owner, Max Schwarzschmied of Adlerstein, operated a brewery in the chateau until 1895.

At the beginning of the 20th century, the Chateau, now a farmhouse with a farmyard, was owned by Karel Košťál. At that time, Trnová village encompassed a wide territory and included possessions such as Holubov, a mill on the Vltava river, the Stehlík mill, Leznice (a secluded area containing the pub “U Hrnčíře” (“At the Potter”)), and a steamship marina on the Vltava. There was also a police station, a two-room school, and a pottery. 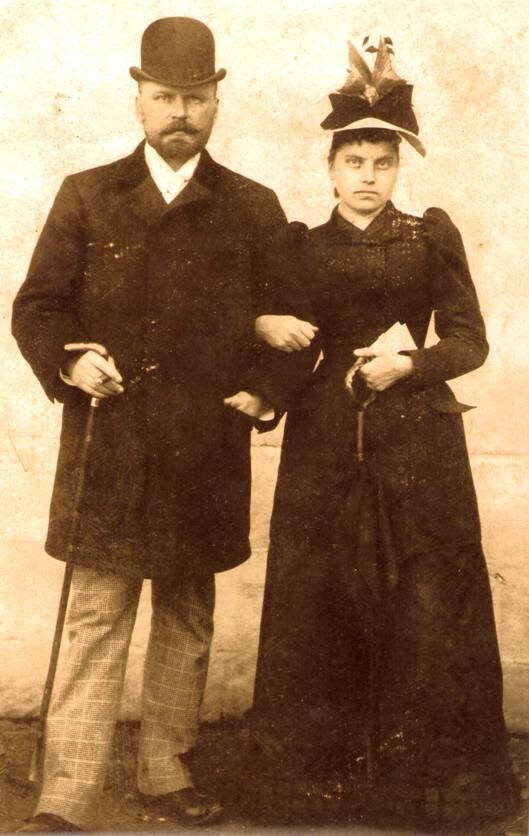 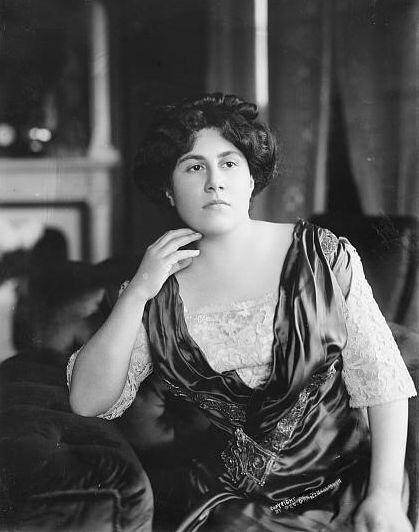 On August 10th, 1907, the manor was bought by Václav Schloger, who used the territory for wheat production and cattle breeding, supplying Prague with high-quality milk. The same year, fame was brought to Trnová by world-renowned opera singer and soprano, Ema Destinnová (Emmy Destinn).

, who visited the manor house several times between 1908 and 1911, relaxing there with her staff after her tours. Mr. Schloger dedicated an entire wing of the chateau to her. Destinn greatly enjoyed strolling through the Trnová grounds, hunting with her rifle and fishing, while dressed in a pantsuit -- which at that time attracted a lot of attention.

Modernization of the castle

In 1950, the region’s first united agricultural cooperative was founded in Trnová, following the Communists’ seizure of V. Schloger’s family assets. The chateau first served as an archive, then as a repository, and finally, in 1967, the entire building became private property.

After the Velvet Revolution in November 1989, the chateau, farmhouse, and estate were returned to Václav Schloger’s family, damaged and in poor shape. In 1994, the Czech Ministry of Culture declared the chateau to be a Czech cultural heritage site. In 2006, the property was bought by a married couple, Ivan and Lucie Pilip, who repaired the chateau and gave it a complete reconstruction.

In 2020, a married couple, Markéta and Finn Hansen, became the new owners. 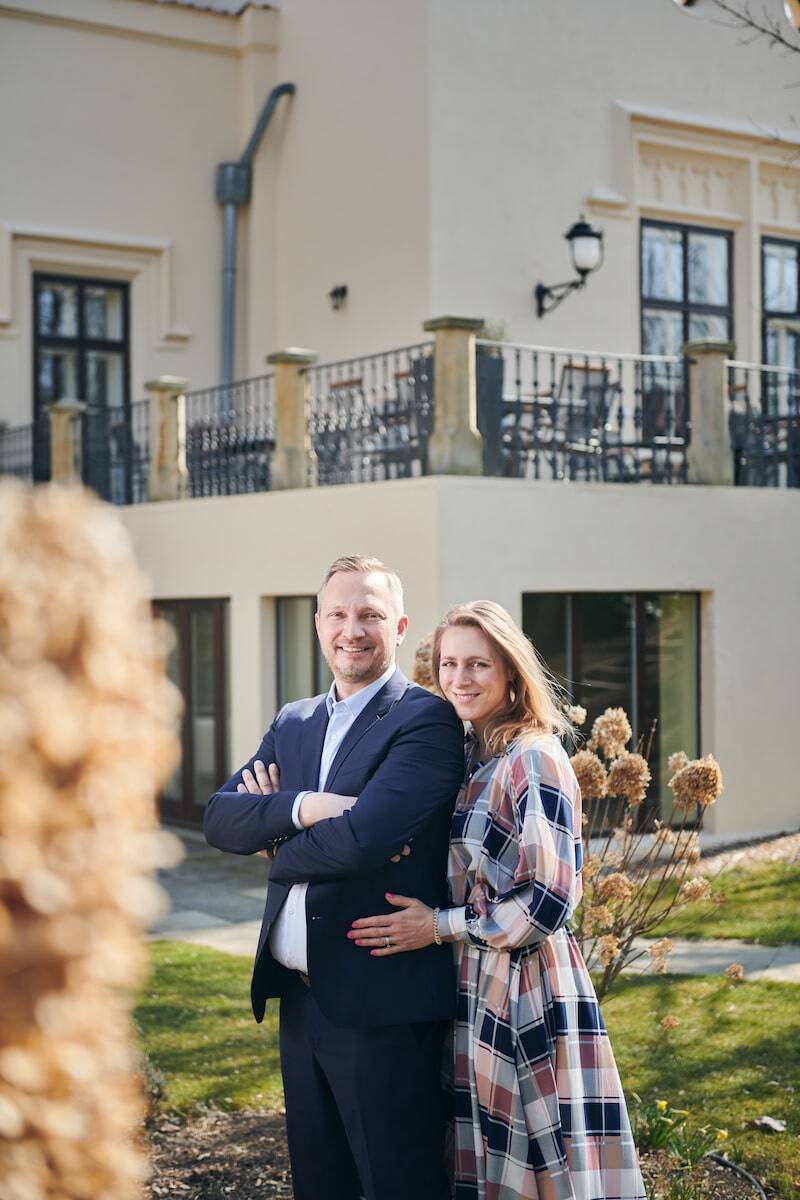 The current appearance of the chateau is a result of romantic alterations dating back to shortly after the middle of the XNUMXth century. Those modifications followed the plan of the older house foundation. The oldest part of the chateau’s structure is of baroque origin. It was built in 1688 for the purpose of accommodation for the Dominican monks of St. Jiljí of Prague, and consisted of a small two-story rectangular building topped by a mansard roof with dormer windows. The arch-ceilinged chambers on the first floor have been preserved from this time.

During the following century, Chateau Trnová received no major alterations. Then, some of the building’s most significant expansion work was done, just before 1789. According to the archive documents, the chateau was a three-story building during the following classicism period.

It was not until further reconstruction between 1860 and 1864, carried out by then-owner Čeněk Daněk, that the chateau attained its current appearance. The two avant-corps running along the edges of the initial baroque building were added in these years. The top floor was developed into a festival hall with a terrace and a staircase. Subsequently, an open loggia, corner towers, and the plastic framework of the windows were added.

No further alterations were added by any of the chateau’s later owners. After the Communists’ confiscation, the building was damaged several times as a result of the needs of the local high school of agriculture for horse breeders and professional equestrians.

Afterward, the chateau languished and gradually withered away until 2006, when new owners arrived and gave it a much-needed renovation.

Come and relax with us. We will take care of you. We look forward to you.

Let yourself be carried away by the castle's atmosphere

We will take care of your comfort 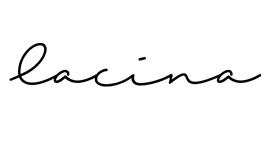 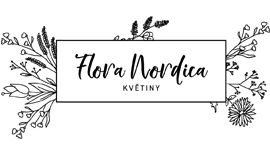 Give a voucher
Chateau Trnová